Built in 1909, the Masonic Lodge located in Winona, MN was a venue used for both Masonic activities and general public events. The building was listed on the National Register of Historic Places in 1998 for having state-level significance in the themes of art and social history and contains Minnesota’s largest collection of Masonic theater backdrops and stage equipment. Now, this historic venue is available for rent by the public for private and public performances, wedding ceremonies, media screenings, and additional events.

The Masonic Lodge had a series of 99 hand-painted, historic scenic drops that were originally used as part of the Freemason rituals. In 2014, the City of Winona asked LVH Entertainment, a subsidiary of Thern, Inc., to provide an inspection for the Masonic Lodge after a handline broke during operation. The inspection revealed that the majority of the rigging system was original and untouched since its installation in 1909. Many of the original rigging components, such as loft blocks and head blocks, were constructed using steel sheaves with wood sides and were nailed to the wood beams of the building.

In order to fit 99 drops in 25 feet of stage depth, the original system had been laid out on 3-inch centers. However, the system was designed with the original needs of Freemasonry in mind, not requirements of a vaudeville or opera house, which are venues that share much more similarity with modern proscenium theaters. There were no stage curtains in the original Masonic Lodge, and at the time, electric lighting was in its infancy.

The old wood loft blocks and head blocks were removed, though 12 original counterweight arbors were kept in place for historical display. The original asbestos fire curtain was abated, and all equipment supporting the fire curtain was removed. New steel was brought in for head and loft beams, and a new loading gallery was built to support the steel counterweight bricks, which was intricately positioned through the original massive steel truss that supported the stage house roof.

The new rigging system installed in the Masonic Lodge is comprised entirely of components built by Thern Stage Equipment and installed by LVH Entertainment. The space has 23 general-purpose manual counterweight line sets on 8-inch centers that allow for both curtains and scenery to be hung. Ten manual counterweight line sets on 3-inch centers are dedicated to the historic drops and are placed among the general-purpose line sets. The narrow center spacing of these line sets required custom head blocks and arbor guide shoe designs. In addition, four motorized line shaft hoists allow 2,000 pounds of specialty theatrical lighting to be safely supported overhead. The line shaft hoists are operated using a touchscreen controller that positions them to an accuracy of 1/8 inch.

The Winona Masonic Lodge is now equipped with a theatrical rigging system that can support modern 21st-century performance demands while entertaining its patrons with restored 20th-century architectural art. 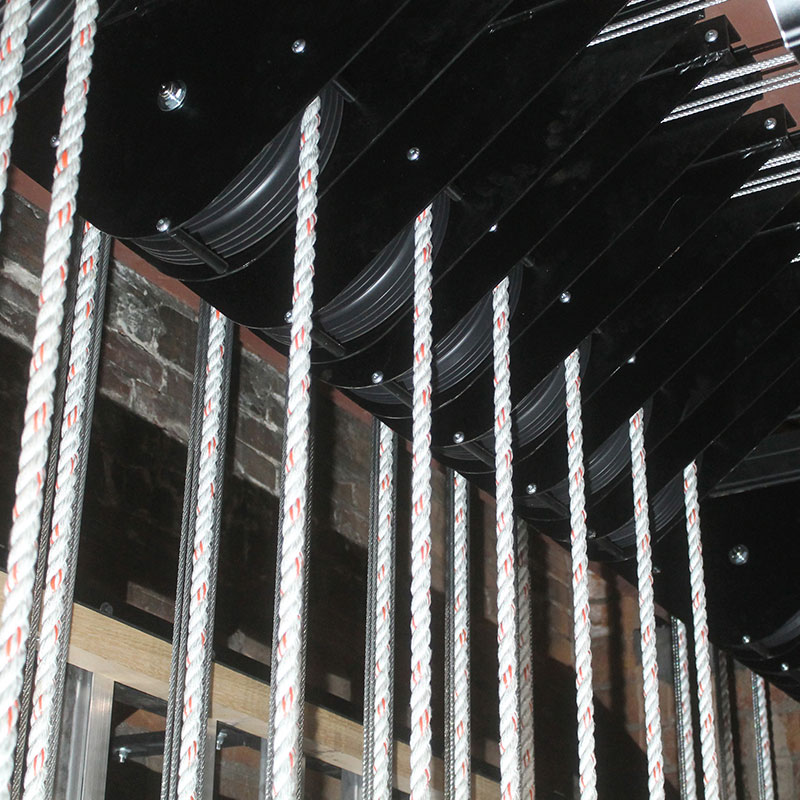 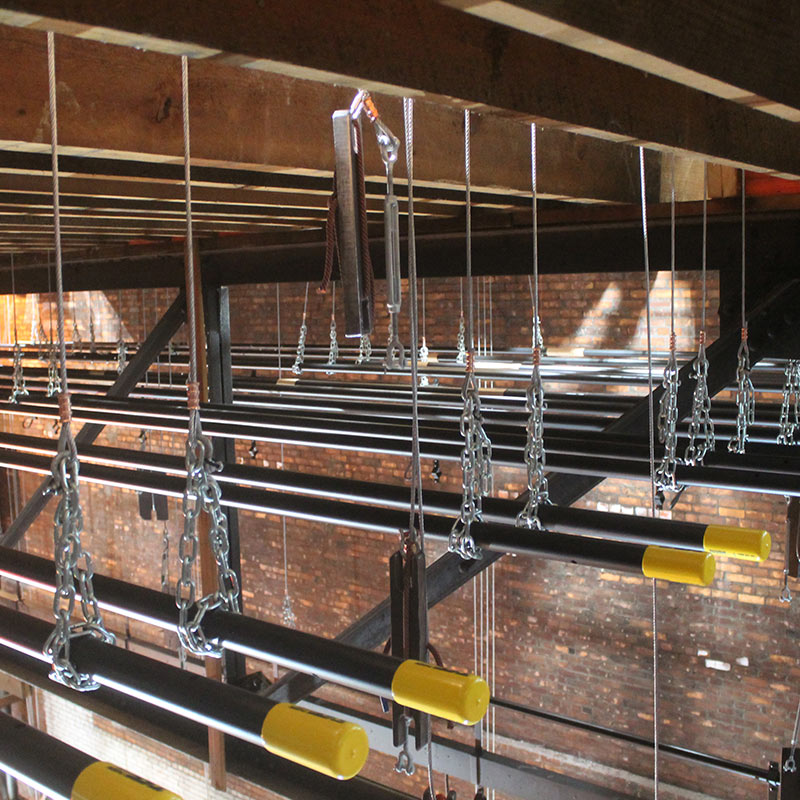 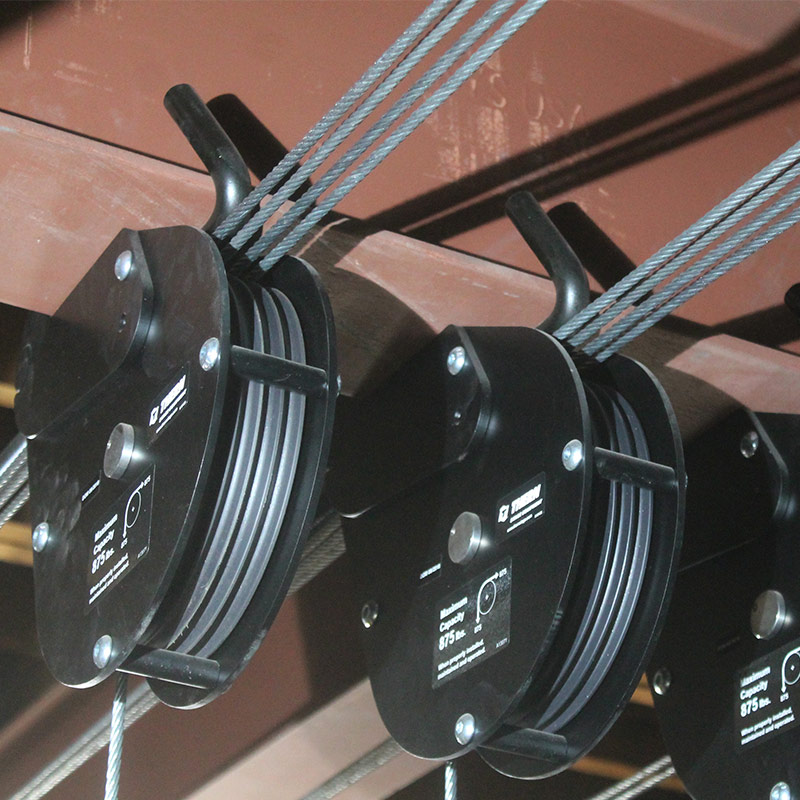 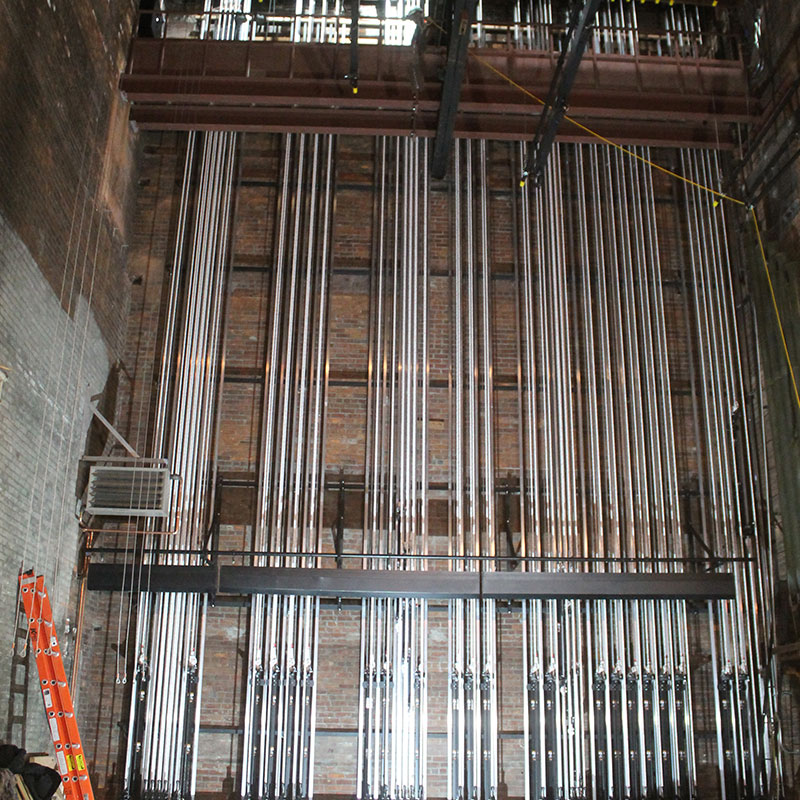 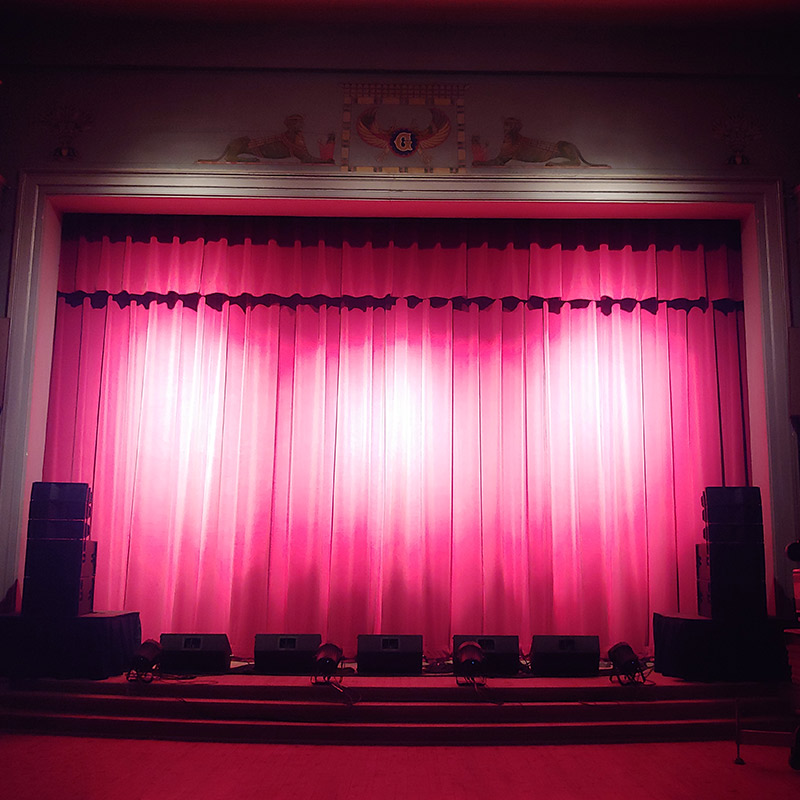 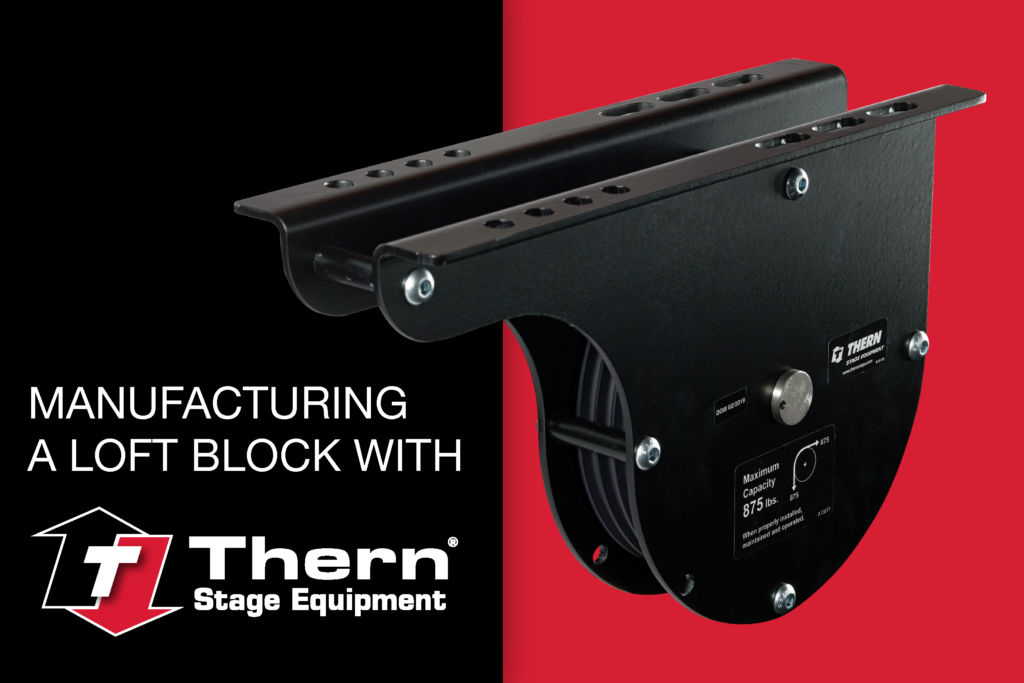 Manufacturing of a Loft Block